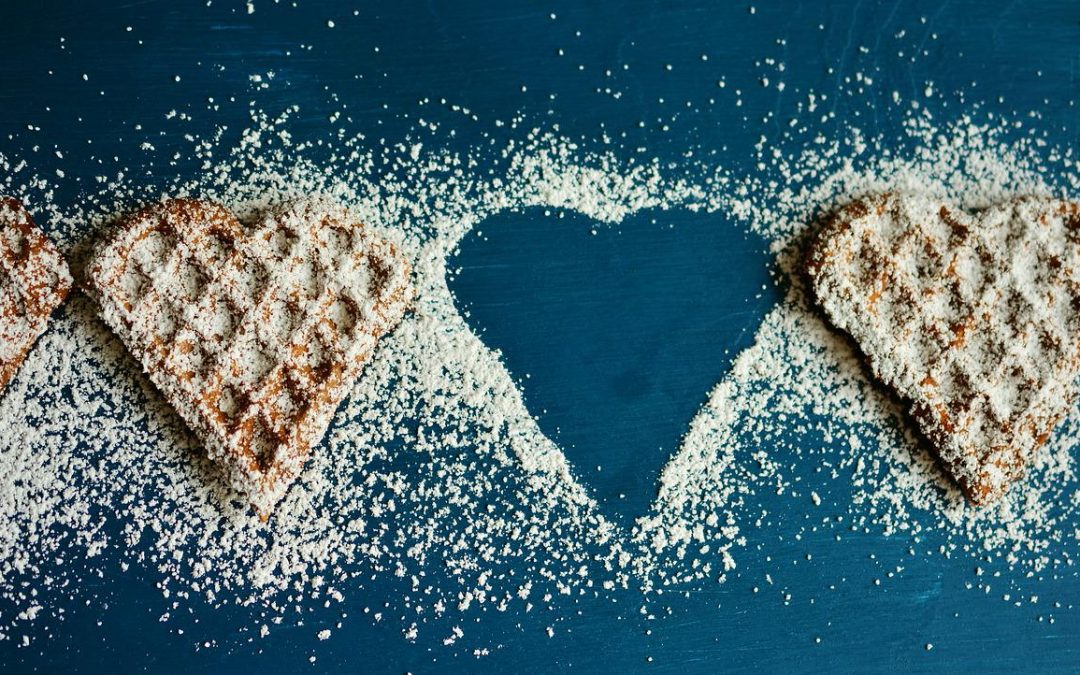 Want to conquer carb cravings? Obviously eating a lot of sugar and junk food is bad for you. But when you’re down in the dumps, doesn’t eating a pint of ice cream make you feel happier? Isn’t there a silver lining to drowning your sorrows in chocolate?

That’s certainly what I thought back in the day when I struggled with emotional eating. See, here’s the thing about carb cravings…

A false friend is somebody who tells you that you look great even though you’ve put on 25 pounds since the last time you saw them.

A false friend is somebody who brings a bottle of wine over to your house even though she knows you have a drinking problem.

And a false friend, nutritionally speaking, is something—like that pint of ice cream—that picks you up temporarily, for maybe an hour but then leaves you more blue than before you indulged. You see, when you give in to an intense carb craving, you get a hit of dopamine, just like you do from a hit of hard drugs.

The Addictiveness of Sugar

In fact, did you know that sugar is just as addictive as opiate drugs and cocaine? And don’t forget that refined carbs like white bread and pretty much anything made from white flour and wheat flour, too, should be treated like sugar. That’s because these refined sugars get metabolized in your body super fast. So when you’re buying a loaf of Wonder Bread at the supermarket, from now on, don’t think of it as bread. Instead, think of it as sugar.

Daily bingeing on sugar doesn’t just satisfy your sweet tooth. It reinforces the good vibes you think you’re experiencing as well as those false-friend behaviors that are misleading you towards obesity and type 2 diabetes.

It’s not necessarily the taste of the sugar you’re addicted to, although that’s certainly a factor. (We can thank food scientists and manipulative food manufacturers for that.) It’s also the dopamine rush itself we can get addicted to.

But over time, addiction leads to decreased dopamine levels in the brain. We compensate for the lower dopamine by chasing more of it, i.e. experiencing more cravings. And of course giving into those cravings.

The Link Between Mood & Carbs

Between the years 1994 and 1998, over 70,000 postmenopausal women participated in the National Institutes of Health’s Women’s Health Initiative Observational Study. This study was published in the American Journal of Clinical Nutrition and concluded that a high intake of refined carbohydrates was linked with depression. It’s not to say 100% for sure that if you eat and drink a lot of stuff with added sugars, you’ll become clinically depressed. There’s only correlation, not causation.

But people with depression and anxiety clearly have lower circulating levels of serotonin. Serotonin is a neurotransmitter that promotes feelings of euphoria. That’s why it’s called the happy hormone.

So if eating a pint of ice cream makes you feel euphoric, at least at first, why doesn’t it produce more serotonin? Wouldn’t eating lots of sugar make you happier if you keep feeding your cravings for it?

The reason why that unfortunately does not work is because your brain keeps craving serotonin. And why not? Serotonin activation equals happiness. But this is where the vicious cycle kicks in. You want to feel happy so you give into cravings for sugar or high-starch carbs (which again is the same thing metabolically as sugar). You’ve activated serotonin once again but your dopamine levels decline the more you binge eat.

Starting to make sense? Ready to conquer carb cravings once and for all?

Want to increase your chances of curbing your cravings for sugar and refined carbs?

Look, I’ll admit from experience. Overcoming carb addiction is not easy. But that’s what I’m here for.