3 Intermittent Fasting Methods: Which Is Best? 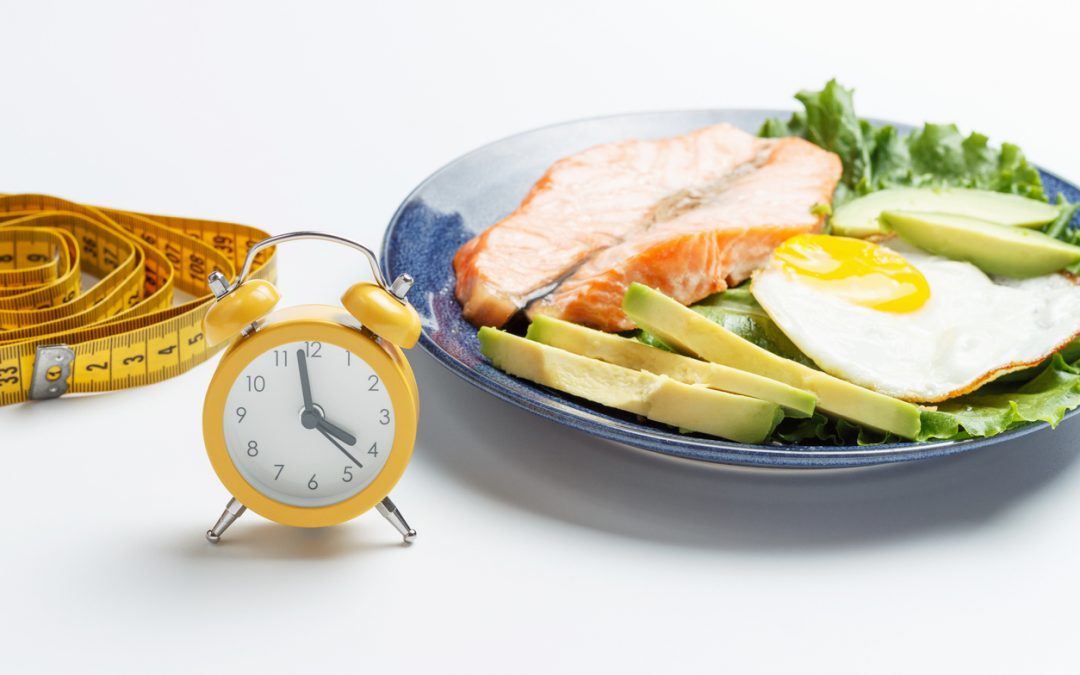 As I wrote about in my last blog post, intermittent fasting is a really simple way to balance your blood sugar and insulin levels. And studies also show it can also calibrate your hunger hormones. To be crystal clear, intermittent fasting doesn’t give you the green light to eat like crap. But if you eat a sensible, balanced diet (healthy grains, veggies, lean protein and healthy fats at every meal plus a light snack), intermittent fasting isn’t so much about restricting foods like other diets. Instead, it’s more about when you eat.

But what’s the best way to do intermittent fasting? There’s a few different ways, which I’ll tell you about here.

The most popular way to do intermittent fasting (aka time-restricted feeding) is the 16:8 method. This means that your calorie-consuming window (food and drinks) is within an eight-hour period. So for example, you can eat from 11 a.m. to 7 p.m. And after that, don’t have anything with calories until 11 the following morning.

The biggest challenge for many people is not having anything to eat very late at night and skipping breakfast. But the important thing to keep in mind is that when you eat a late night snack, it’s not because you’re hungry; it’s because of habit or boredom.

As for not eating anything before the late morning hours, I have a good strategy. Just drink a cup of green tea or black coffee and add some electrolytes or cream of tartar to the green tea or drinking water.

So what the heck is cream of tartar you ask? It has nothing to do with tartar sauce. (Adding tartar sauce to coffee? Yuck!) Cream of tartar is a powder used in baking. So what does it have to do with intermittent fasting? Well, it’s super high in potassium, which helps balance out your sodium levels in the cells. This means that it can help support your energy levels in the morning during your fasting window.

Cream of tartar actually has calories. But less than 10 of them per serving. That’s not enough calories to break your fast. (There’s no solid research on this but a rough ball park for breaking a fast is 35 calories.)

In my personal experience, I find that having a cup of green tea or coffee (if you can tolerate coffee) and electrolytes or cream of tartar works to prevent hunger pangs before the 16:8 fast is broken.

If 16:8 means that you fast for 16 hours, what does 5:2 mean? 5:2 is a version of intermittent fasting where you take any two days of the week and eat a very low amount of calories. How many calories? Roughly 500. Or about a fourth of the calories you normally consume.

Eating a very low-calorie diet is also called fasting mimicking. There are several benefits of short-term fasts. But the advantage of the 5:2 is that you don’t have to actually fast. You just need to limit the amount of calories. So let’s say you pick Tuesdays and Thursdays to do 5:2. On those days, you may just want to eat one meal or have two very light meals. And on the other 5 days, there’s no calorie restrictions. But obviously, you should be eating healthy on those days as well.

But is there any evidence 5:2 works? Well, according to a study The American Journal of Clinical Nutrition, it helps lower blood sugar and cholesterol levels. And if you do fasting-mimicking two days in a row, there’s some evidence showing it can reverse insulin resistance.

Another way to get the benefits of a short-term fast is to take one day a week where you do a 24-hour fast. Do you think this is something you could do every single week? I don’t know about you but I’d rather eat as much as I need to within an 8-hour window every day. A 24-hour fast once in a blue moon is still a good idea, provided it’s safe for you to do (people with type 1 diabetes, for instance, can’t do that). This is why virtually every religion on the planet has fast days, to purify not just the soul, but the physical body as well.

Ultimately, you’ll have to determine which method of intermittent fasting that works best for you. I know that with my busy lifestyle, the 16:8 method works best. It gets me out of the house without worrying about making breakfast first thing in the morning (well, for myself anyways; I still have to make it for the kiddos).

If you need someone to hold your hand and coach you through intermittent fasting, take that first step towards a healthier you and get in touch!