6 Reasons Eating More Protein Will Support Your Health In Menopause 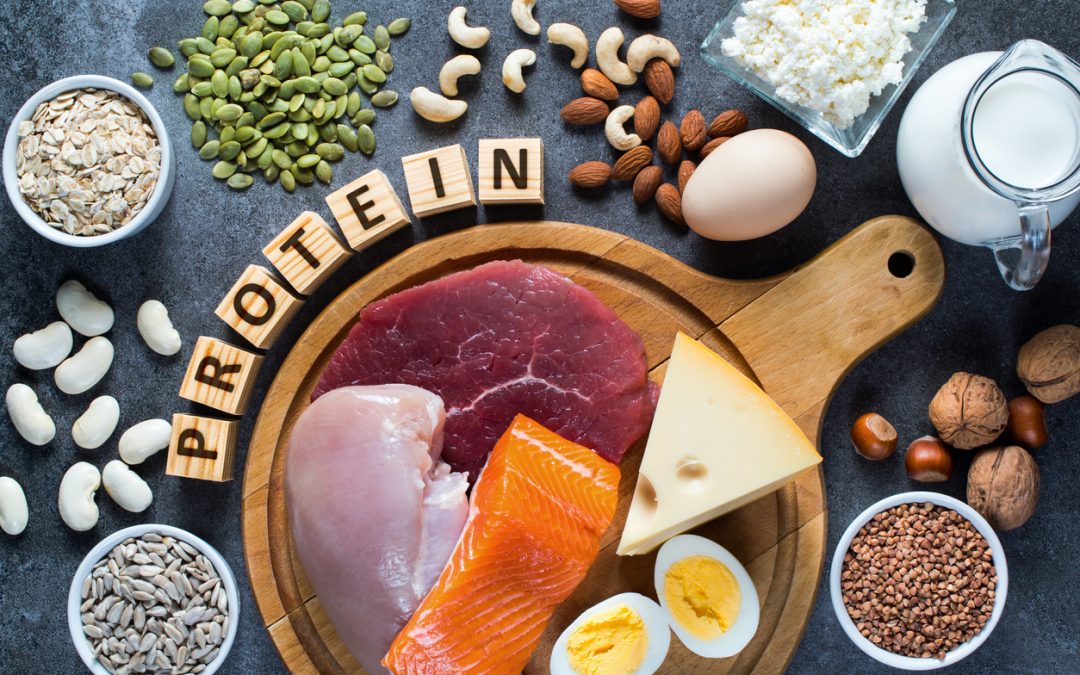 Picture a very old, frail, shriveled-up person. “Man, I don’t want to look like that one day,” you say to yourself. Well, if you don’t want to end up looking like that, you gotta start eating more protein.

Yes, I said MORE protein. There seems to be a misconception that Americans eat too much protein.

Maybe it’s because in the good ol’ USA, there’s no shortage of hamburgers, hot dogs, steaks and chicken. (Except when there are supply chain issues),

But the truth is quite the opposite. Most Americans—and I’m focusing particularly on women—are not eating enough protein. I see the harmful effects of insufficient protein intake during my ER shifts (I’m a Nurse Practitioner) and in my Functional Medicine practice.

In this article, I’ll explain the dangers of not getting enough protein and the benefits of getting more protein—especially for women going through menopause. I’ll also tell you how many grams of protein you should be eating every day.

But before I even touch on these points, let’s cover some basics…

Protein is what makes us, us. You and I are a collection of approximately 30,000 different kinds of proteins. When we eat protein, whether it’s from an animal or a plant, it helps support the protein in our body. And that’s an important job. That’s because protein is a major component of pretty much every part of our body.

Most people think of protein only in terms of Arnold Schwarrzeneger-sized biceps. But protein isn’t only in muscle tissue. It’s also the main component of your hair, nails, skin and bone and much more.

If you’re not eating enough protein, your hair will become thinner; your skin will start sagging more; your nails will become more brittle and your muscles will shrink because they are not being supplied with enough amino acids.

But unlike carbs and fats, our bodies do not store amino acids. So let’s say you  eat a huge steak one night. But then you don’t eat enough protein for the next several days after.

That huge steak won’t carry you over. You need to eat a fresh supply of amino acids every day to make new proteins—and repair existing ones—in your body.

The Benefits Of Eating Enough Protein

According to an obstetrics and gynecology journal, menopause is associated with osteoporosis, osteoarthritis and sarcopenia. Sarcopenia is age-related muscle wasting.

So if you’re a golden girl, you’re going to want to ramp up your intake of protein to prevent this.

Now, I’m not suggesting that you need to eat a huge steak every night.

But when I review the diet intake of my patients I’m shocked by how little protein they’re eating. Sometimes, if they’re lucky, they’re getting 25 grams a day, which is far below what you should be getting every day.

But more on that later.

And perhaps most importantly:

So let’s talk about this one…

Like I said earlier, I’m seeing patients who eat at most 25 grams of protein a day!

So if you’re reading this and aren’t eating that much protein, start eating more. And start cutting down on crappy carbs!

As for what protein you should eat, my advice is to eat real food. Don’t rely on protein bars or meal-replacement bars. Bars are not real food and they’re often loaded with sugar and preservatives.

Instead, eat mostly leaner cuts of protein such as:

You can also get protein from non-animal sources such as:

The good news from the study was that it didn’t matter where the women were getting the protein from. Obviously, the quality of food matters a lot. For instance,  if you’re eating red meat occasionally, try to purchase 100% grass-fed instead of the cheapest cuts at the supermarket.

If you’re experiencing hot flashes then start eating whole soybeans. I’m not talking about highly-processed soy ice cream or fake hot dogs made with soy protein. I’m talking about the green pods that contain a few soybeans on the inside. That’s what edamame is and that’s the type of soy protein that may help to cool your hot flashes.

The reason why is that soy is a phytoestrogen. That means it’s a plant that mimics the effects of estrogen. Menopause causes your estrogen levels to plummet. So by eating healthy phytoestrogens, you can “trick” your body into thinking it’s receiving more estrogen.

But don’t eat too much soy. A handful or two of edamame a few times a week should be enough to cool your engines.

How Much Protein Should Women Eat Every Day?

Not sure how to get more protein into your diet? That’s what I’m here for!
Schedule a free call with me.