How To Love & Conquer Your Fat 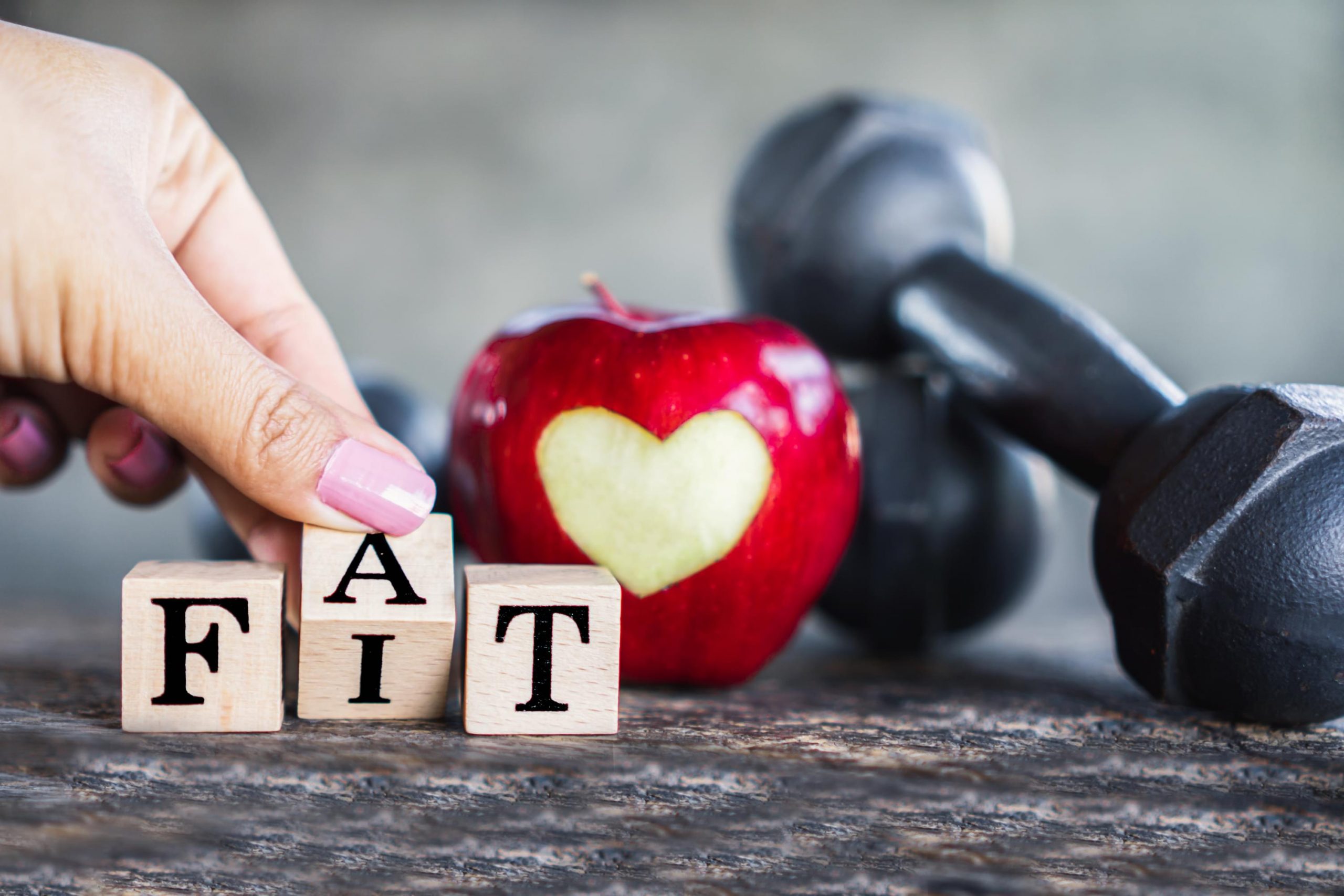 Just hearing the word triggers many negative emotions like shame and embarrassment.

Fat is not evil.

And if you’ve struggled with weight gain over the years, I have some good news for you!

And I want this to really sink in:

It’s not your fault!

That’s right … being overweight or obese is not entirely because of lifestyle choices.

Recent research reveals that your body fat is controlled by various genetic factors.

These genes and their biological responses make it impossible for someone with even the strongest willpower to resist the temptation of overeating.

So that’s the good news and the bad news.

The good news is that your genetics could be to at least partially blame for excess weight gain over the years.

Thus, there’s no reason to feel ashamed or blame yourself.

No wonder so many of us struggle with weight loss.

And when we have too much fat, it can lead to diabetes, high cholesterol, autoimmune conditions, arthritis, heart disease and other chronic diseases. For most people, being overweight sneaks up slowly.

But the fact that being overweight or obese may be beyond your ability to correct is the bad news.

In this article, I’ll explain why your body fat isn’t your enemy. I’ll also discuss some of the genetic factors that unravel why one person might still hold on to extra fat despite exercising regularly.

And make sure you read all the way until the end because I’m going to show you an easy solution for controlling your fat instead of letting your fat control you!

Fat Is Not Evil!

For millions of years, body fat was humanity’s number one weapon for survival. It was to our distant ancestor’s advantage to hold on to it.

Then all of a sudden, when the Twiggy, heroin-chic body frame became fashionable a few decades ago, people desperately starved themselves in order to get rid of body fat and lose weight.

We were warned by doctors that eating fat makes us fat. Americans shifted their diet to consume more carbohydrates, especially highly processed ones with lots of sugar and salt and very little fiber.

Consequently, the rate of obesity skyrocketed.

And here we are a half century after Americans were warned about eating fat, with millions of Americans still misinformed about dietary fat and what the root causes of obesity are.

But here’s the truth about fat.

Your body fat plays a critical role towards your health. The fat you have stored in your body releases important hormones. And these hormones dictate your body shape.

(At the end of this article, I’ll reveal how you can make your hormones shape the body of your dreams.)In fact, you should think of your body fat as an organ unto itself, one that plays a vital role in your endocrine system (the system that controls hormones).

Most people think of body fat as simply a storage house for potential energy burning. In other words, should you decide to run a marathon one day, it’s your body fat that will provide you with the fuel. But your fat cells are much more than a holding tank; they are vital for maintaining your heart beat, your brain functioning optimally.

Here’s the takeaway: I want you not to think of fat as something negative. From now on, I want you to think of your body fat as a highly intelligent organ (which continuously communicates with your brain).

Why Obesity Isn’t A Lifestyle Disease

Obesity carries a stigma, rooted in shame. Certainly, if someone is obese, it’s their fault, right? They have made poor lifestyle choices.

But a poor diet and lack of exercise isn’t the only part of the equation. In fact, genetics may have much more to do with obesity than lifestyle choices. And here’s an example of how genetics comes into play in dictating your body shape…

In 1995, a hormone that controls hunger levels was discovered. The hormone was called leptin, from the Greek word, leptos, which means thin.

Researchers discovered that some people with obesity have low levels of leptin. If you have adequate levels of leptin, the hormone signals the hypothalamus, a gland in your brain, that you are no longer hungry. Guess where leptin is produced? Remember I said above that your body fat is involved with making hormones? Leptin is a hunger hormone produced by your fat cells.

And if you don’t have enough leptin, you feel like you’re starving all the time, even if you’re eating a lot. It also doesn’t matter if you’re exercising daily; you will still be overweight if your leptin levels are low. This could be one reason why if you’re constantly fighting hunger it’s not your fault.

Not only does having low levels of leptin make you more susceptible to overeating, it also negatively impacts your health in other ways. Your metabolic rate slows down (the rate at which you burn calories at rest). Your immune response becomes weaker.

Are you one of those people who are low in leptin? Stay tuned until the end of the article to learn how to find out. If you have enough leptin, you can go several hours in between meals and never feel hungry.

Imagine how much weight you’ll lose if you never snack and only eat 1 or 2 big meals a day….

Imagine what it will be like to boost your confidence and feel sexier because you have conquered your own body fat!

The Biggest Loser Never Keeps It Off

But not all people who struggle with their weight have low leptin levels. In fact, most overweight people have normal levels, albeit they could have levels that are at the low end of normal. (I can help you discover if your leptin levels are optimal.)

So what’s the reason that somebody who is significantly overweight and has normal leptin levels can’t keep the weight off, even if they eat relatively healthy and exercise?

Most people assume that somebody who struggles with obesity doesn’t eat healthy and doesn’t exercise. But do you remember the reality show, “The Biggest Loser?” In the show, contestants with obesity exercise under the watchful eye of strict personal trainers and dieticians. Everybody loves a happy ending, which the reality show provided, offering stunning, heart-warming tales of weight loss success.

The inconvenient truth about The Biggest Loser is that the overwhelming majority of contestants gain most of the weight back.

And again, lifestyle isn’t the only factor.

While it’s true that most contestants in the show don’t train hardcore once they have returned to normal life, many of the contestants still engage in exercise and have stuck with healthier eating habits.

So just remember, it’s not your fault. It’s not a matter of your willpower. There are many causes of being overweight. What you don’t need is yet another diet. And you don’t need to go on a TV show like The Biggest Loser or even hit the gym hard.

Nope. In order to fall in love with your fat and conquer it, you need to simply invest 10 minutes of your time and schedule a phone call with me.

On the call (no fee, no obligation), I’ll explain how I will help you make your body fat and brain work in harmony so that from now on your body fat will start working for you instead of against you.

I look forward to speaking with you!