Why SIBO Is At The Heart Of Gut Issues 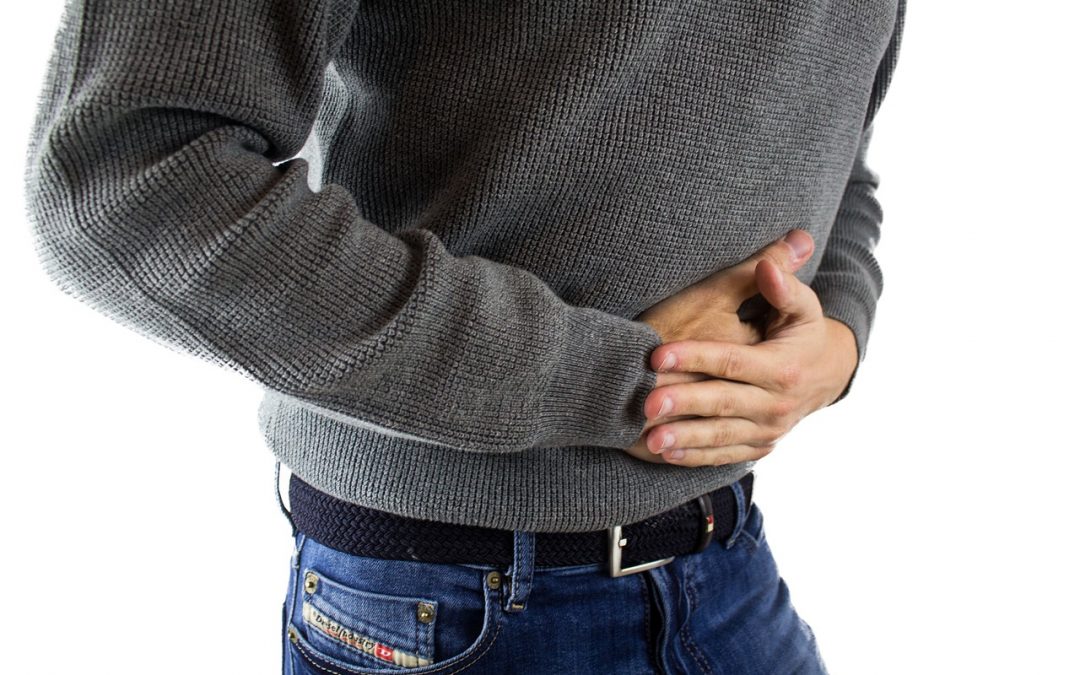 IBS, or irritable bowel syndrome, is one of the most common digestive disorders. Up to 15% of Americans have IBS. But if you’re one of those people who experience bloating, gas, cramping and abdominal pain, I’d like to give you a second opinion. I don’t think you have IBS. Instead, you probably have SIBO. Read on to find out more about Small Intestinal Bacterial Overgrowth and why I’m making this bold claim…

So who am I to have the giant cajones to discredit mainstream medicine and argue that a condition doesn’t even exist?

I’m a nurse practitioner (NP) who got her start in family medicine and for the last several years, I’ve worked in an ER. I have seen basically every type of malady with the exception of maybe tropical infectious diseases. (There aren’t too many travelers to developing equatorial nations in my corner of northeastern Nebraska.)

And over the years, I’ve seen many patients presenting with digestive disorders.

I still love helping people in the ER, but one limiting factor about mainstream medicine that I became frustrated with was the system’s inability to help people discover the root causes of what was hurting their tummies.

That’s why, even juggling a career as a NP and raising four kids, I became a certified functional medicine practitioner and health coach. These modalities teach the practitioner like myself how to be like a Sherlock Holmes of natural health .

According to conventional medicine, IBS is a mysterious disease. The Mayo Clinic says, “The precise cause of IBS isn’t known.” The Clinic’s fact sheet then lists “factors that appear to play a role” in IBS, which includes:

But there are two other factors that the Mayo Clinic lists that I think pinpoint the underlying root cause of IBS.

The first of these two factors, verbatim, per the Clinic:

“IBS might also be associated with a surplus of bacteria in the intestines (bacterial overgrowth).”

Bingo! There you have it … after having been trained in functional medicine diagnostic tests and working with dozens of clients, I am convinced that this bacterial overgrowth is the underlying cause. But the Mayo Clinic lists this factor more or less like it’s an afterthought, explaining it in parenthesis along with severe infection.

The health of the gut microbiome is the second root cause that I think is mostly responsible for IBS. But Mayo Clinic lists it only as a factor instead of a root cause. The Clinic explains that the bacteria, fungi and viruses that normally reside in the intestines play a key role in health.

Mayo goes on to explain, “Research indicates that the microbes in people with IBS might differ from those in healthy people.

At least the Clinic nailed that part of it! Indeed, people with IBS would have what’s called gut dysbiosis.

For the purpose of this article, I’m focusing on bacterial overgrowth. That’s because gut dysbiosis has more underlying factors than an overgrowth of harmful microscopic organisms.

““IBS might also be associated with a surplus of bacteria in the intestines (bacterial overgrowth).”

What the Clinic’s article fails to mention is where the overgrowth of bacteria occurs. Many people have become familiar with the catch-phrase of “gut-health.” I’m so glad people are becoming more conscious of the connection between the health of the gut and how it impacts every aspect of wellness.

Having your gut populated with trillions of bacteria—mostly good—can boost your immune system, your mood, improve your ability to lose weight and to concentrate and so much more…

But what most people don’t realize is where that bacteria belongs most of the time. And the Mayo Clinic article didn’t reveal where that is.

You see, yes, you need lots of good bacteria in your gut. But where specifically in the gut that should be is … the large intestines.

Otherwise known as the colon, the large intestine should be home to nearly 40 trillion bacteria, according to this research study in Frontiers in Microbiology.

But with SIBO, a large chunk of that bacteria fails to be swept down into the colon. Instead, too much bacteria remains stagnant in the small intestine. That’s where the name small intestinal bacterial overgrowth or SIBO comes from.

Basically, the symptoms of SIBO are the same as IBS. And that’s why I believe that when someone presents with mucus in the stool, diarrhea, anemia, severe abdominal pain or any of the other symptoms of IBS I mentioned earlier, at its core, the problem is SIBO.

If the bacteria in your gastrointestinal system are properly moving down the eliminatory tract, eventually residing mostly in your colon, you probably won’t suffer from IBS.

In order to sweep bacteria away from the small intestine and into the colon, your body has a mechanism called the migrating motor complex. I don’t want to bore you with technical details. So just think of this complex as a janitor sweeping trash where it belongs. But in people with SIBO, this mechanism doesn’t work. It’s like the sanitation worker has gone on strike!

And why doesn’t it work? Well, there are several factors. But there’s one that I want to focus on here that you may very easily identify with: frequent snacking.

When you’re eating snacks all day, you’re simply not giving your body the time it needs to sweep the bacteria from the small intestine into the colon. Frequent snacking is the digestive equivalent of giving a garbageman a broom to clean a landfill. It aint’ gonna cut it.

How To Eliminate IBS and SIBO

It may not be as simple as “eliminate snacking and you eliminate SIBO”. You will also need to repair your gut to resolve gut dysbiosis. In addition, you’ll need to supplement your body’s ineffective digestive enzymes.

If you want to heal your gut, the best way is to work with a functional medicine practitioner and health coach. Ahem, like me.

Let’s talk. Book a complimentary 30-minute discovery session with me.

I look forward to reclaiming your life.