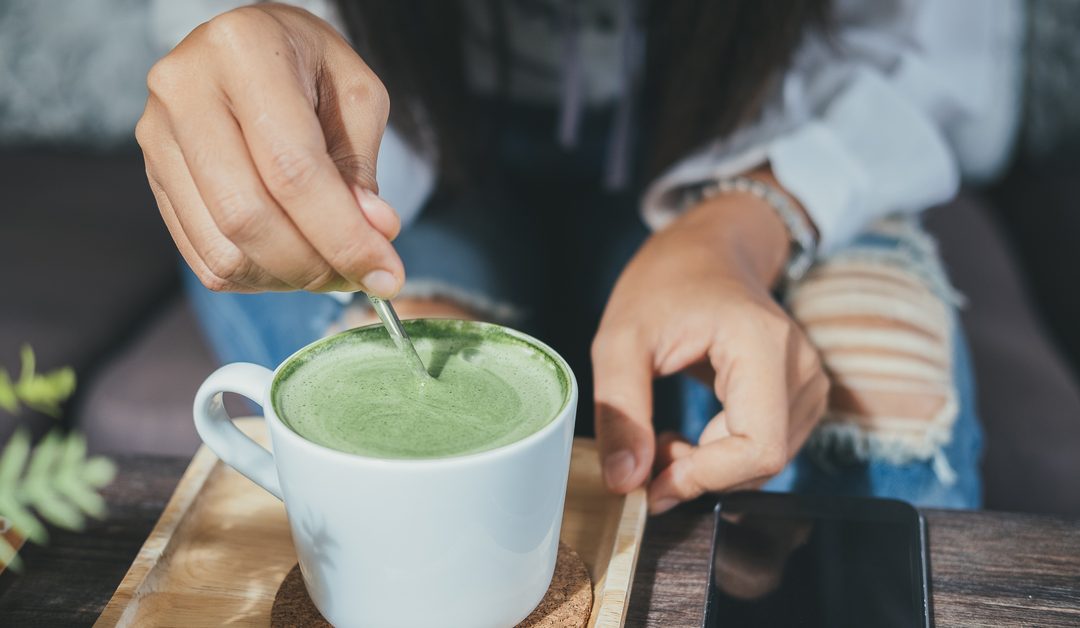 Addicted to coffee or sugary energy drinks? I feel your pain. I used to rely on these what I call “liquid false friends” for years. Why false friends? Because they boost your energy but only for a little bit.

And when those false friends wear off, watch out! Because you’re going to crash and be a grumpy puss. Then you wake up exhausted and start the vicious cycle all over again.

But I have a handful of alternatives to coffee and energy drinks that are much healthier. Keep reading to find out what natural zero-sugar drinks keep my energy levels rock-steady—even when work is crazy…

It’s another 24-hour shift in the ICU. I’m running on fumes. I’m lucky if I have even a couple minutes to shove something down my throat to keep my energy up. But the choices are slim. Vending machine junk and coffee. That’s it.

For several years, that was my reality while working as an ICU nurse. These days, I’m still surrounded by that temptation. Although I’m now a certified functional medicine practitioner and health coach, I still work as a nurse practitioner in the emergency department at Faith Regional in Norfolk, NE.

Why is Coffee Bad?

These days, even when I’m slammed at work, I no longer shove a candy bar down my throat or other false friends to give me that quick hit of energy. I’ve pretty much even quit coffee.

Sure, coffee in moderation probably isn’t the worst thing in the world. In fact, it has antioxidants like quinine that help fight disease. Drinking a cuppa joe every morning may even help reduce the risk of Parkinson’s, colon cancer, gallstones and cirrhosis of the liver, according to WebMD.com.

I’m not trying to convince you to quit coffee cold turkey. But here’s the thing about coffee. Many of the clients I work with in my holistic health coaching and functional medicine practice have digestive problems and gut disorders: Irritable Bowel Syndrome (IBS; which I think is really SIBO and not IBS); GERD; acid reflux, etc.

And if you have a sensitive gut, the last thing you want to drink is highly acidic beverages like coffee. If regular drinking water measures roughly 7.0 on the pH scale, coffee is several times more acidic. It can measure way under 5.0 pH. At that level, it can totally make gut disorders worse.

Another problem with coffee is that people just aren’t good at moderation. One cup won’t do the trick. Yes, I’ll be the first to admit that I’m casting the first stone here. But three or more cups of coffee a day—common in my line of work—can corrode your insides like pouring liquid Drain-O in a rusty pipe.

So let’s check out some of my favorite alternatives to coffee.

Never heard of matcha tea? It’s a powder that traditionally comes from Japan. I’m sure you’ve heard that green tea is good for you. Well, think of matcha tea in terms of nutrition as the Rolls Royce of green tea. (There’s white matcha also, but green matcha is by far the most prevalent.)

What I love about matcha tea is that I definitely feel a pick-me-up vibe from drinking it, without feeling like I’m going to crawl out of my skin from the caffeine jitters. One teaspoon of matcha tea contains about half the caffeine of regular coffee. Plus, it’s not acidic so it won’t turn your guts inside-out. Give it a try. It’s available in most supermarkets these days.

“The power of coffee with the health benefits of tea and the euphoria of chocolate.” Sip on this drink made from a plant in the holly family that’s indigenous to the Atlantic region of South America and all those benefits are yours. Or so says the advertising by the company that introduced Yerba Mate to America, Guyaki.

So is their claim BS? Not at all. Out of the 6 most widely used legal stimulants in the world—coffee, tea, cola, cocoa, guarana and yerba mate—yerba mate is the most balanced and offers the most health benefits. It’s loaded with vitamins, minerals, antioxidants and contains enough caffeine that you’ll feel it. But like matcha tea, you won’t trip out and feel anxious.

Guyaki yerba mate isn’t something you should have a hard time finding either. Thanks to its booming popularity, you should be able to find it in your local supermarket. Or go to the dark side and buy it on Amazon.

Another plant from south of the border, guarana is from Brazil and is the most frequently used ingredient in name-brand energy drinks like Monster and RockStar. Those energy drinks are terrible for your health because they’re loaded with sugar, chemicals and extra caffeine. On its own, guarana has enough caffeine that you’ll feel it, but again, without that jittery, skittish feel.

According to Healthline, guarana may offer several benefits, including supporting fat metabolism and cognitive function and providing constipation relief. All that in just one can. Stand-alone guarana drinks are harder to come by in stores in my little slice of heaven in northeastern Nebraska. But buying it is just one click away.

Like I said earlier, I’m not suggesting that you must quit coffee. But if you feel like coffee is controlling you versus the other way, try to cut down your consumption of it and try one of these natural herbal caffeinated replacements.

Have you ever tried matcha, yerba mate or guarana? What did you think of it? Do you drink any other type of healthy energy drinks? Leave a comment. I’d love to hear from you…